A decade ago, the town of Gilbert and the city of Chandler collaborated through an IGA on the building of the new Santan Vista Water Treatment Plant in Maricopa County, Arizona. Safety was the driving factor in choosing on-site sodium hypochlorite generation (OSHG) technology for disinfection. They wanted to get away from the risks and requirements associated with transporting and storing gas cylinders, which Gilbert’s other water treatment plant, North, had been using. By generating disinfectant on-site, the only chemical that’s stored or transported is salt.

At the nearby city of Chandler WTP, operators were already successfully using De Nora ClorTec® OSHG unit. Meeting with the system’s users and seeing the OSHG in action made the decision an easy one: the system was safe, easy to operate and their operators were happy. In production since 1995, the ClorTec on-site hypochlorite generation unit is a safe disinfection treatment method, operating with only three ingredients, salt, water and electricity. In 2008, two ClorTec two units producing 1,500 lbs per day of chlorine each were installed at the new Santan Vista Water Treatment Plant; one for use, and one for backup.

Since the 2010 Census, Gilbert and Chandler have grown 14 and 5 percent, respectively, with a total population of more than 500,000. Each community occupies about 65-square-miles and each has been among the country’s fastest growing areas. Based on the community’s population modeling and numbers, developers knew there would be future demand, and the Santan Vista expansion project, which was completed early in 2018, doubled the plant from 24 million gallons per day (MGD) to 48 MGD. The expansion incorporated several improvements, including the addition of a third ClorTec OSHG from De Nora.

“Our existing ClorTec on-site sodium hypochlorite generators were running so well, easy to use, and, most important – giving us the peace of mind of knowing we were using the safest possible technology….it just made sense to add a third one during the expansion, knowing we’re going to need it someday.”

The average flow this year has been 30 MGD, but as the communities build out and population grows, requiring more water, Andrews anticipates that they’ll need the full 48 MGD capacity.

Santan Vista WTP serves 150,000 individuals, meeting or exceeding the environmental regulations put in place by the two communities of Gilbert and Chandler. The new next generation ClorTec DN on-site sodium hypochlorite generator is another 1,500 lb./day unit. Currently, Santan Vista runs one of the three units exclusively, sufficient for today’s needs. With the increased capacity, they’re ready for a growing population.

“The ClorTec OSHG is so simple, it’s easy to almost forget it’s there,” commented Andrews on the technology. “Maintenance is minimal – we visually inspect the cells to see if there is any bridging across the plates in the cells, and we change out the filters. If bridging occurs, it requires a simple acid clean, but that doesn’t happen often. I would recommend the system based on my own experience. If you can generate on site, that’s the way to go. Definitely.”

The ClorTec DN Gen II has additional features that add to the system’s safety and efficiency include the hydrogen venting of each cell, an updated control system, a lower operating temperature, and a unique optional split flow technology to reduce energy consumption. 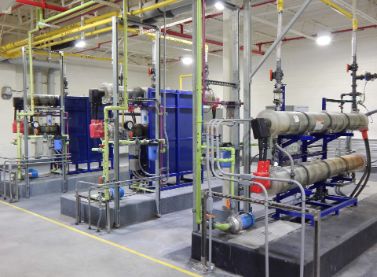 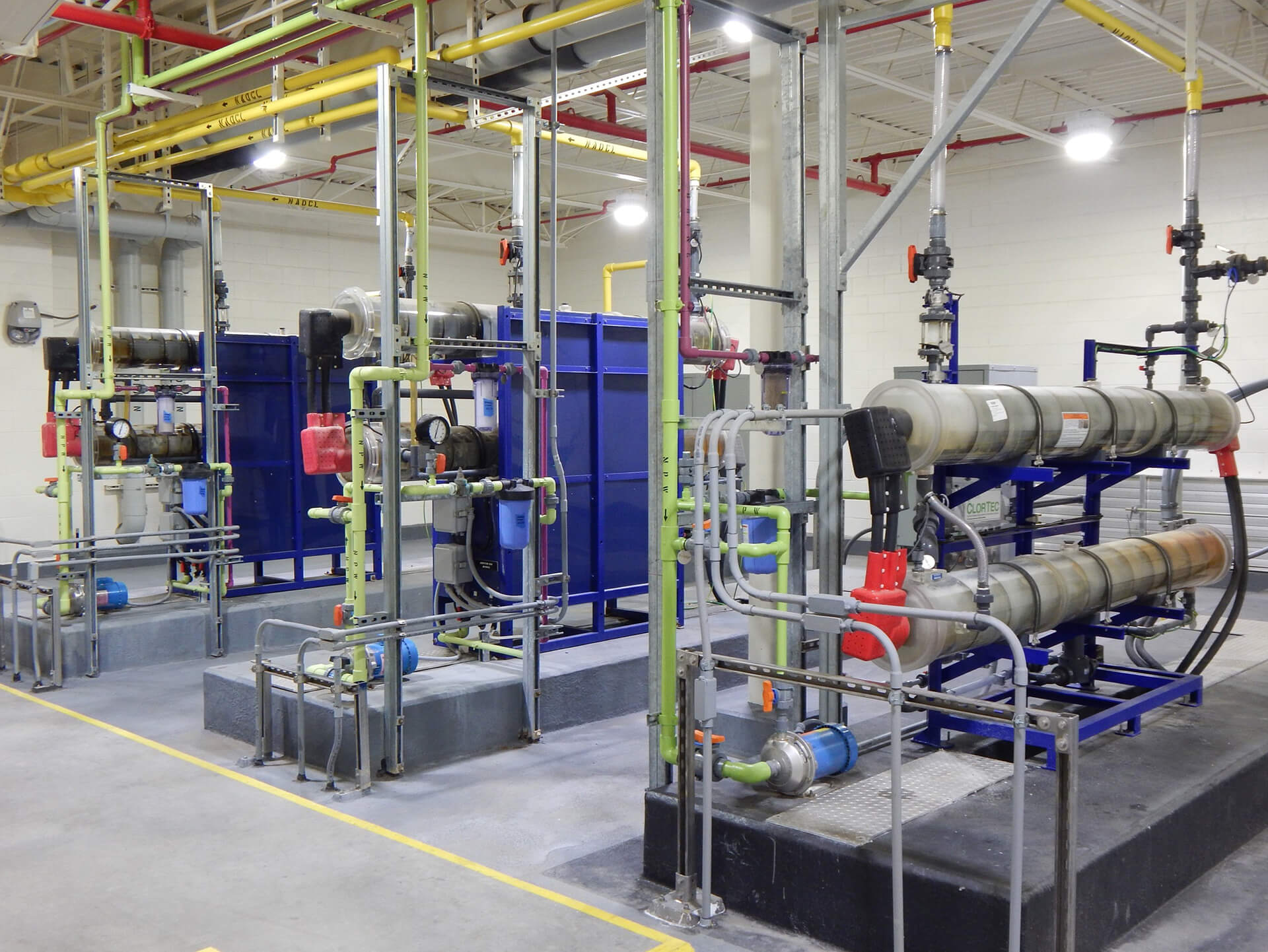 Q&A: On site but out of mind… getting extra mileage out of your disinfection system