COVID-19: De Nora supports the Italian Civil Protection in the fight against the spread of Coronavirus 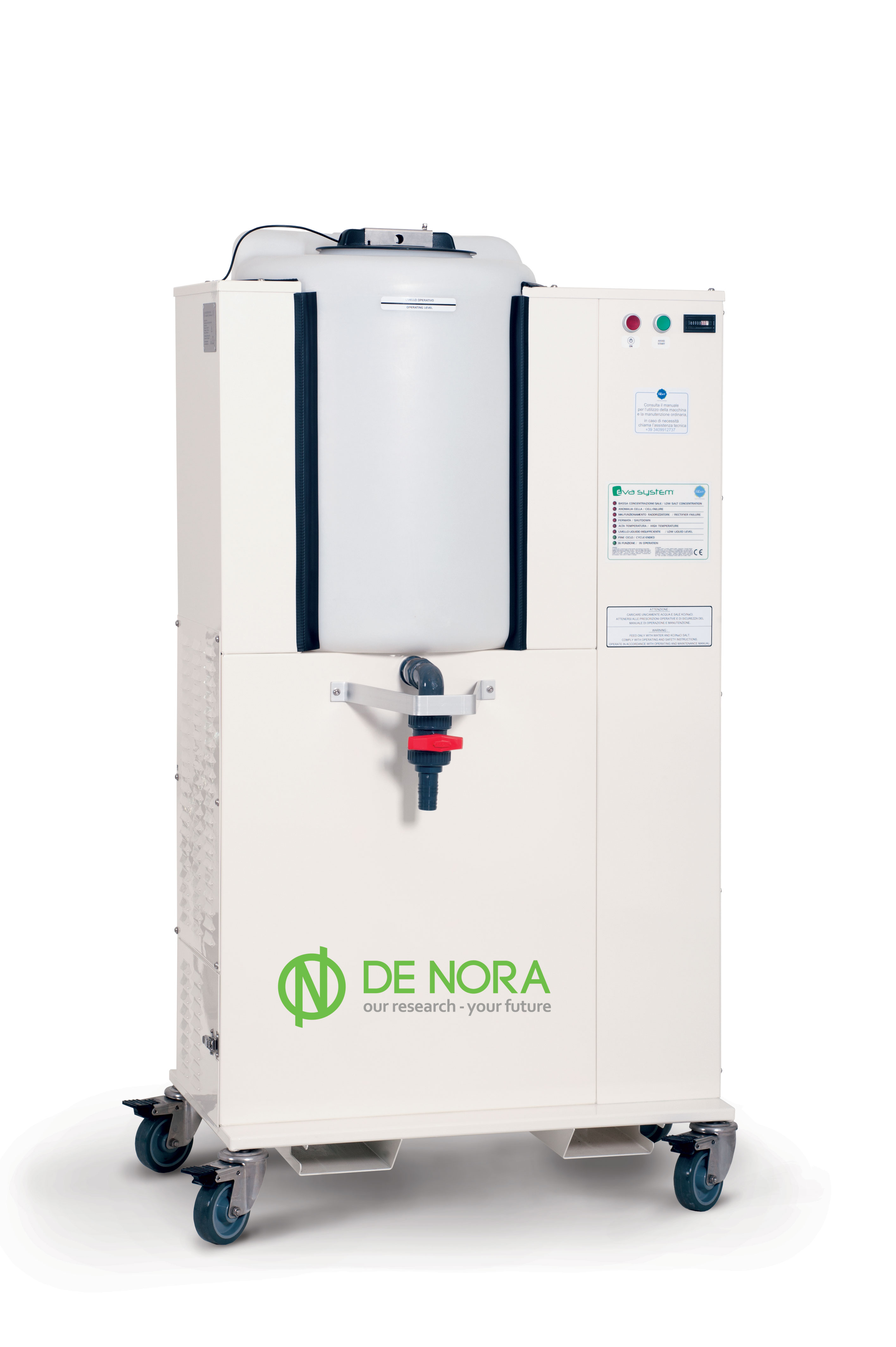 The electrochlorination systems produce sodium hypochlorite, a chlorine equivalent that is suitable for the disinfection of hard surfaces and, according to the World Health Organization (WHO), is effective against the proliferation of the COVID-19 virus.
“Thanks to the coordination and promptness of the Italian Civil Protection, De Nora will provide four for the production of large quantities of sodium hypochlorite,” said Luca Buonerba, De Nora Chief Marketing and Business Development Officer. “We’re happy to send the systems at no charge to help community centers, public offices and hospitals in Codogno to deal with this difficult situation. One of the advantages of the on-site electrochlorination systems is that they don’t require or generate hazardous chemicals and there’s no transportation of high-concentration bleach, so safety is never compromised.”

Faithful to the original invention of its founder Oronzio De Nora, who invented and patented the Amuchina sodium hypochlorite solution in 1922, the De Nora electrochlorination systems produce sodium hypochlorite using the DSA® electrodes invented by Oronzio in the 1970s.

On-side sodium hypochlorite generators are used worldwide for a variety of applications from drinking water treatment to microbiological control in cooling towers using a simple saline solution - water and salt – and electricity to produce chlorine-based disinfectant.

De Nora has already provided similar systems in China, Japan and Singapore for the sanitization and disinfection of their offices and production sites in response to COVID-19 outbreaks there. The city of Nankang is using two systems supplied by De Nora, originally for water purification, to aid in the disinfection of buildings and other public areas.